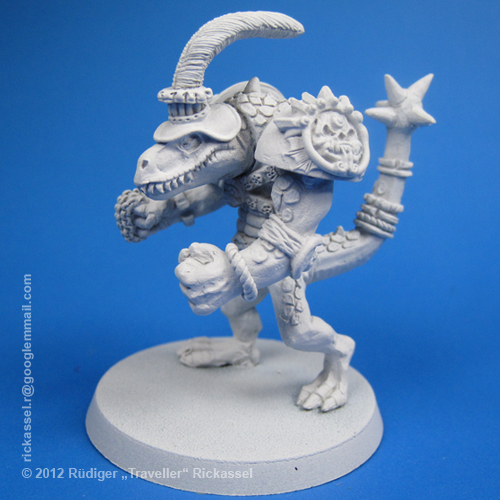 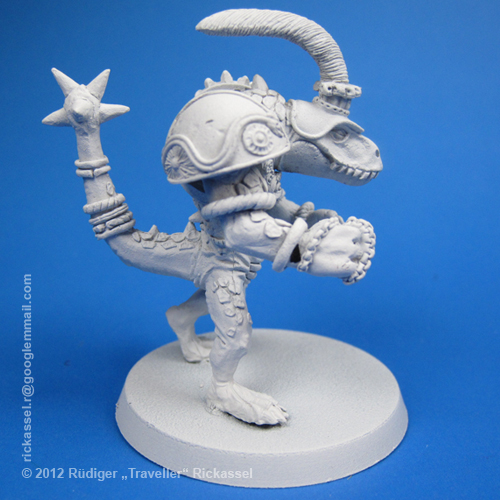 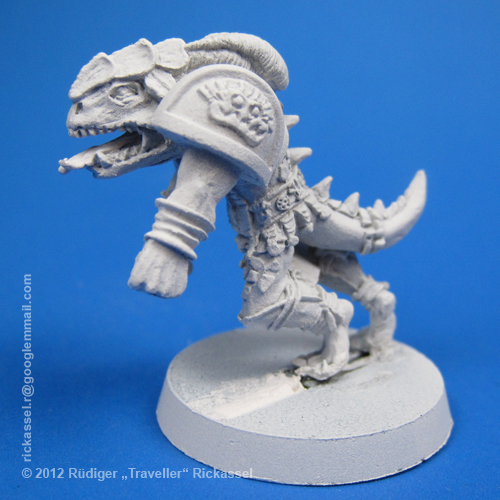 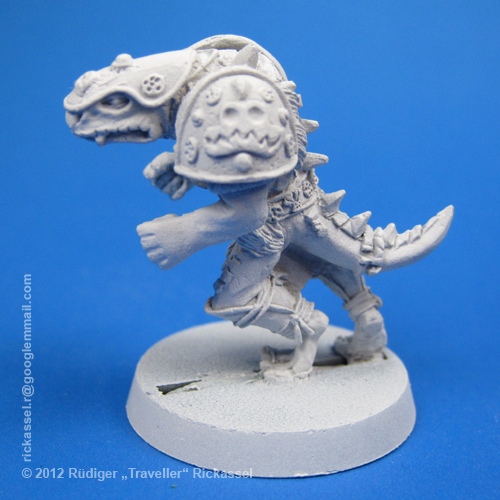 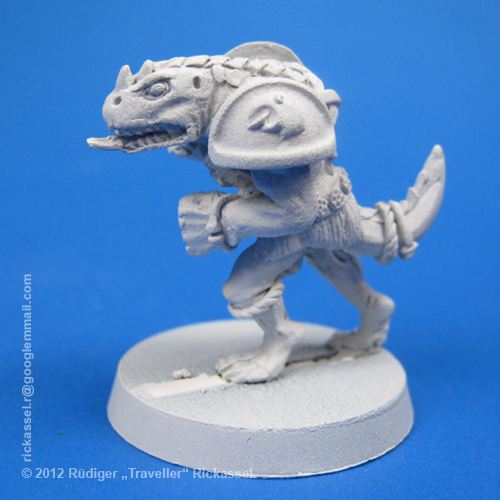 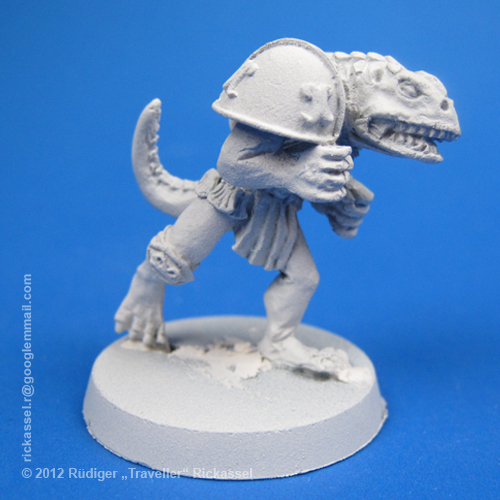 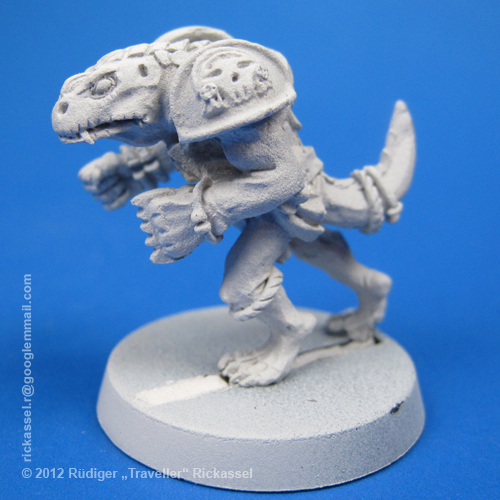 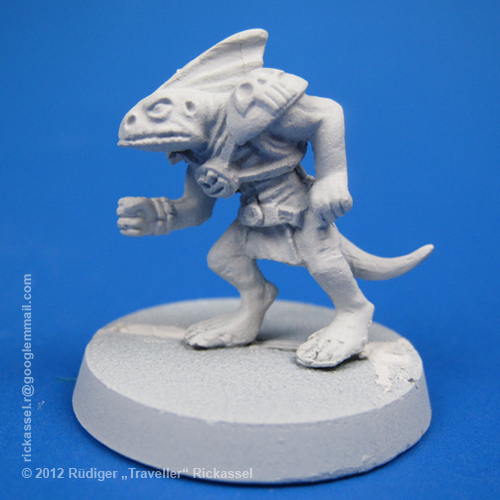 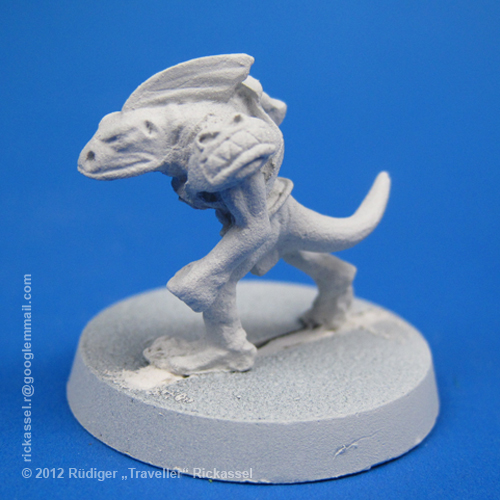 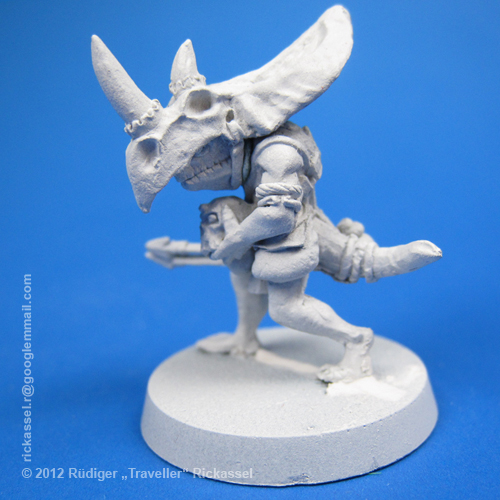 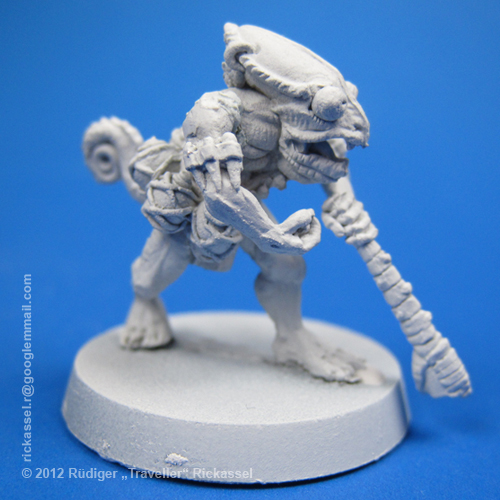 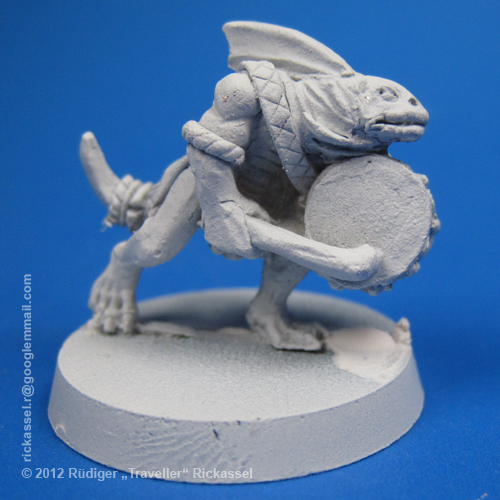 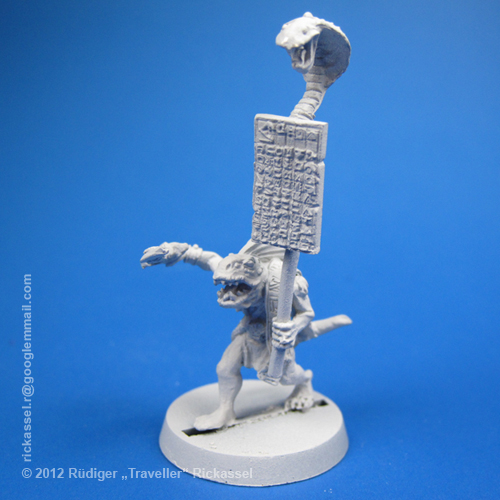 It consists of 5 different Saurus players, 2 different Skinks (each 3 times in this team) and one Kroxigor. Compared to the Lizardmen Skinks miniatures of the 4.Edition these Skinks are a little smaller. The Sauri and the Kroxigor of this team got more details and ornaments of the armor than the 4th Edition Lizards. The arms for those minis come separate. This team was produced as a limited edition of just 200-250 teams and sold first at the Games Workshop USA Gamesday 2000 in Chicago.
The additional support team of 5 Skinks was sold by GW later. These miniatures are normal Warhammer Lizardmen miniatures: Oxayotl – Chameleon Skink, Tenehuini – Prophet of Sotek, 2 Skink Drummer #2 und a Skink Shamane … and so not part of the original team.

Here some more background informations i got once from Tom „Galak“ Anders (posted Apr 20, 2003):
„The GD Lizardman team was released in the year 2000 at Games Day US and was created by simply modeling arms that didn’t have weapons for the most part and then using the WFB body with minor modifications (which is pretty much what they did to create the Amazon team as well).
Reports vary on the number of teams created as original GW claimed they made only 45 … but since that time communication with other GW members has revealed that the number was more like 200 to 250.When originally sold the team came with the Saurus, Skink, WFB Lizardman Shaman, and Kroxigor figs but the Kroxigor was sold missing a tail so you had to call GW and order a WFB Kroxigor tail to complete him.
Later AFTER Games Days, other companies and GW bundled the team with some WFB Lizardman Musicians to make extra money off the then very popular team (however in a true collector sense these should not be considered part of the team; any more so then the WFB figs GW-US is currently selling as BB assistant coaches).
Finally, when JJ decided to create Fanatic. GW-US and GW-UK got into an intellectual property argument over the design of the team, and JJ called the whole thing off and had Mark Bedford scuplt the current official BB Lizardman team. That’s the brain dump of what I know about the team. Galak“

Personal note: Its not easy to get one of those teams. And if on sale it´s quite expensive as a collector item. Single miniatures of this teams were hardly sold at all. I got this team, including the support team, winning finaly a US ebay auction. 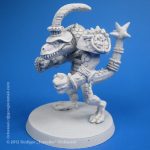 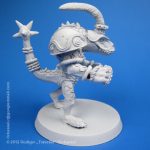 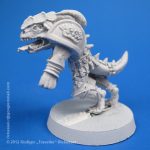 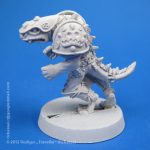 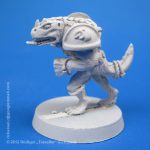 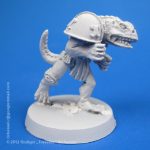 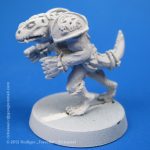 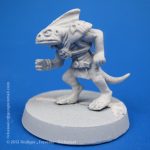 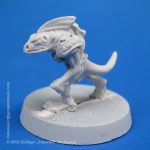 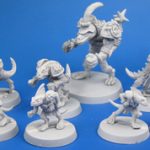 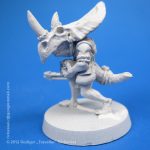 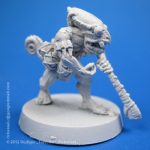 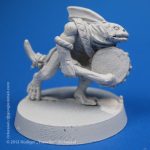 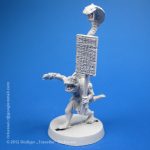