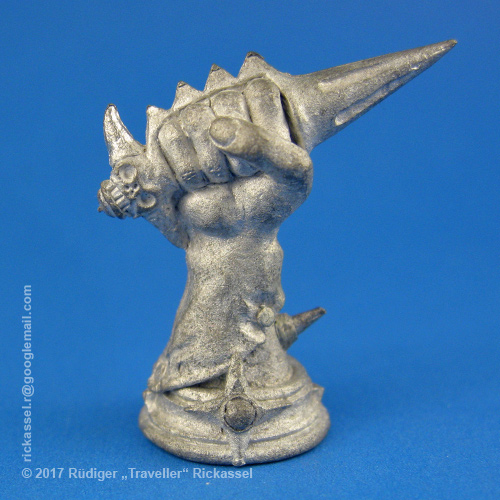 The Original Spike Trophy is one of the rare Blood Bowl miniatures. Just about 500 are made. If a collector got one of them, he will hardly sell this miniature again! 🙂 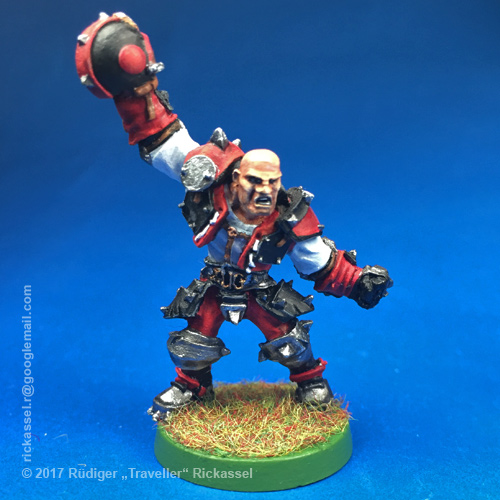 Games Workshop very rare „Mighty Zug“. „There was a very limited edition for GWstaff.“ This was the first information i got once from a Spanish BBforum.
Then some of this miniature has been cast privately and were sold on ebay. After this there was an interesting posting at TalkFantasyFootball about an kind of limited cast run for the members the Forum in 2010. I think, i got my miniature at the end from this. But i could be wrong. I painted this miniature for my GW 5th edition Human team. 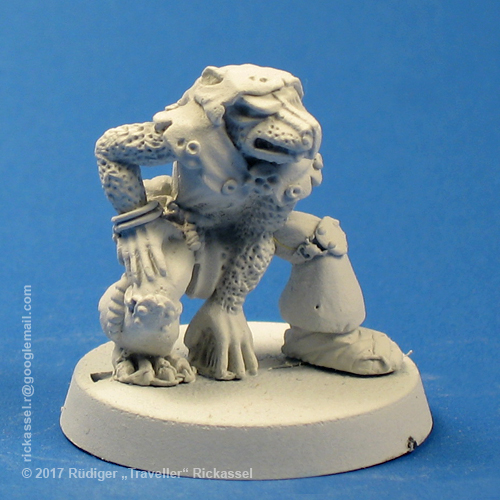 „The Gutter runner and Lizardman Cheerleader have really only had a few spins so less than 500.“ (Andy Hal).
I dont believe this anymore as GW used this miniature later as „Giveaways“ for winner of Pubquiz like at the BB2004 tournament! 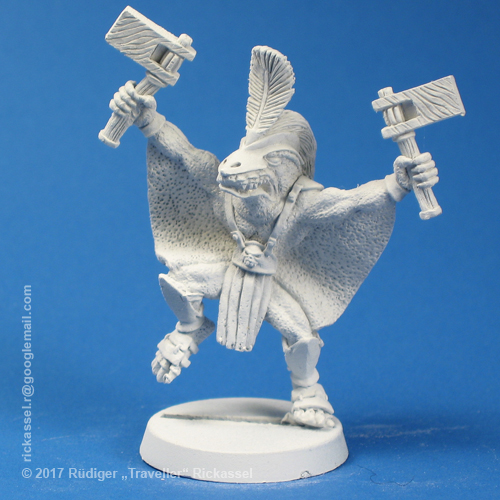 „The Gutter runner and Lizardman Cheerleader have really only had a few spins so less than 500.“ (Andy Hal). This miniature was really difficult to get at first. Later this miniature was sometimes a price of GW sponsored tournaments. I got my second one from Andy Hal for an article i wrote for the Fanatic website. 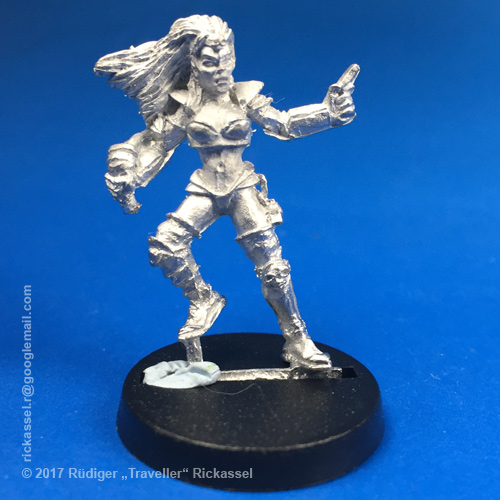 I had this miniature in my hands as a Games Workshop sponsered price once at the Morg Mannheim Massacre Tournament 2003. A pity that i chose as Best painted Price at this tournament a pre-released minotaur of the 5th edition and not this Refereee miniature! I never thought in this time, that this Darkelf would be one the most rarest GW BB miniatures later. 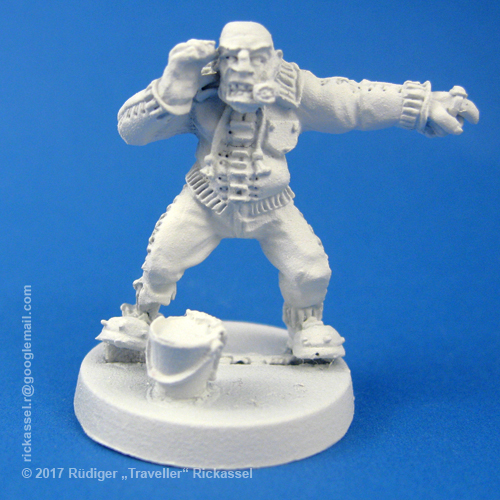 This miniature is showing a Human Coach, smoking a cigar, shouting and pointing somewhere. There is also a water bucket at the cast. The tag on the front side shows „BLOODBOWL“ and on the other „GW 2004“. This is a genuine Games Workshop model that never war released for general public.

Until September 2008 I did know about four of this miniature and saw just one at a US-Ebay-auction once which i lost. Finaly i got this miniature directly from a Italian TFF member… Thx Roberto ! 🙂