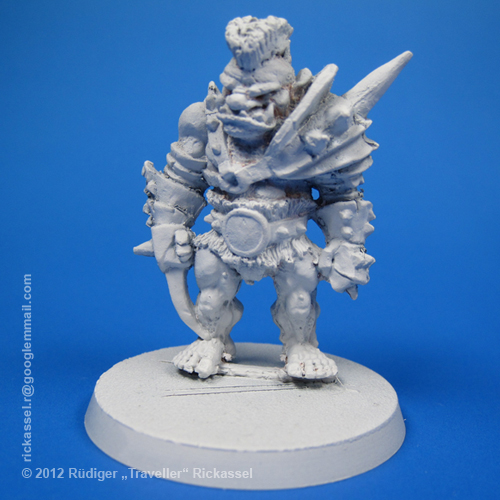 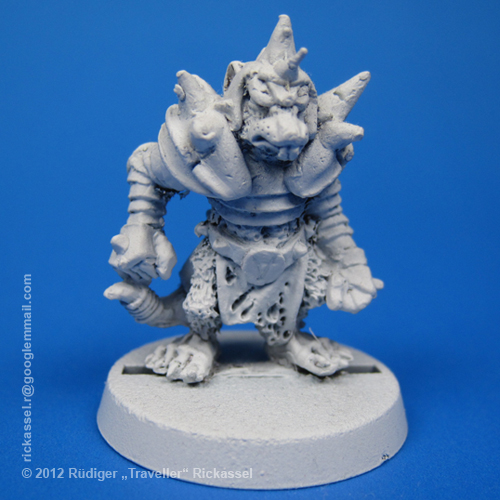 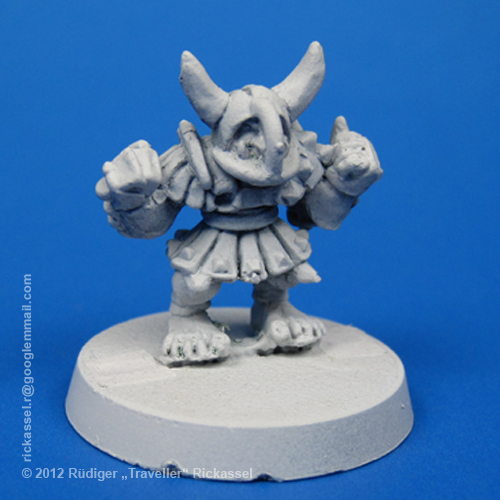 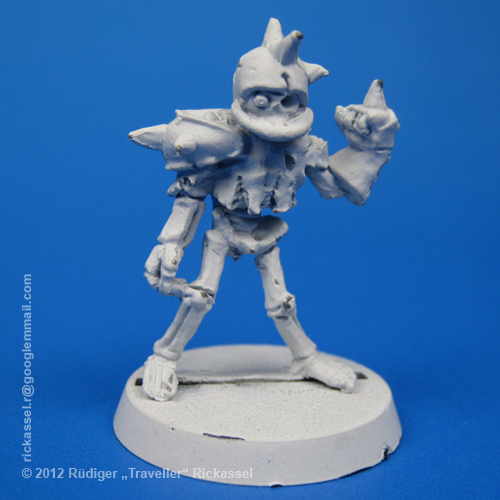 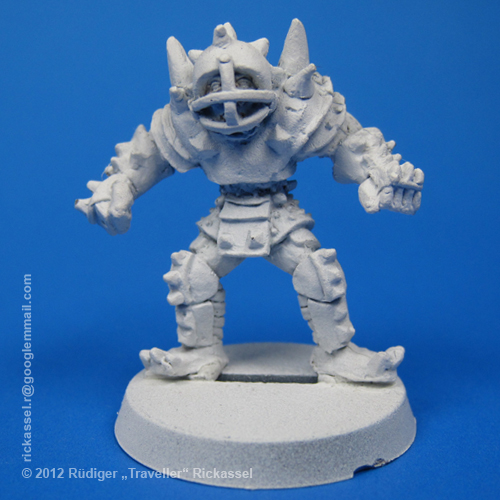 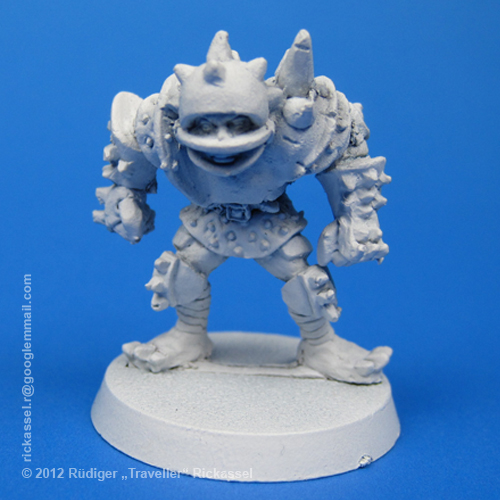 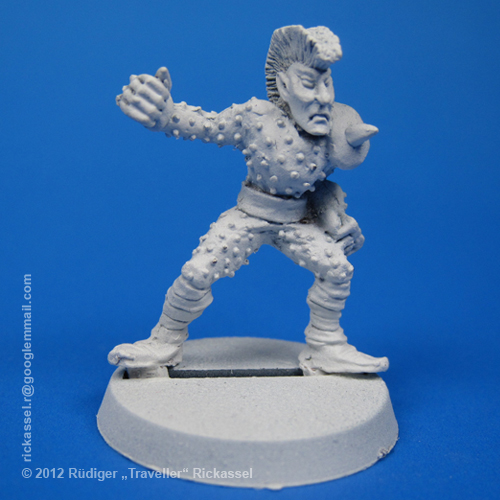 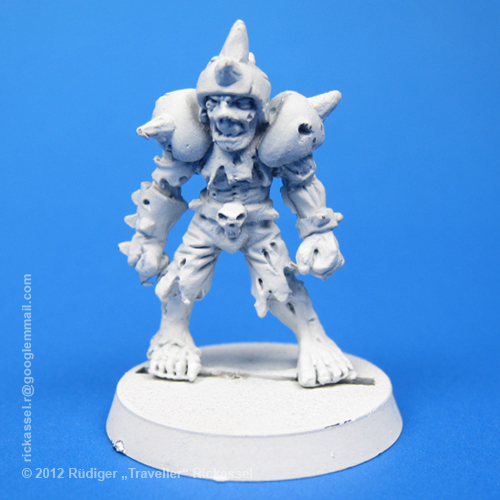 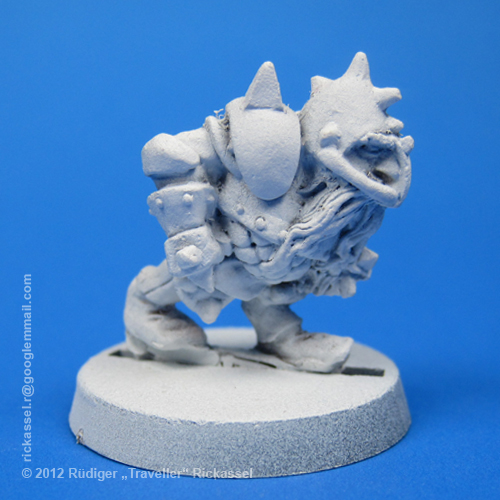 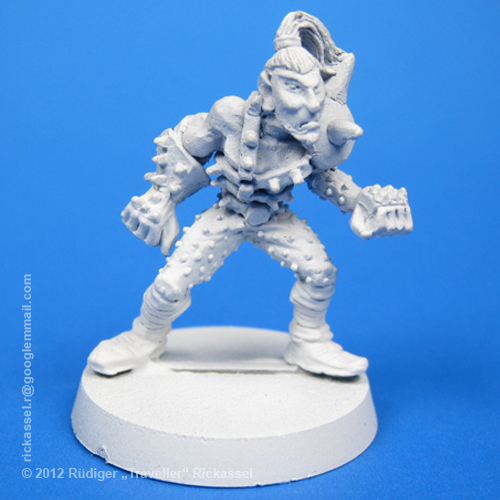 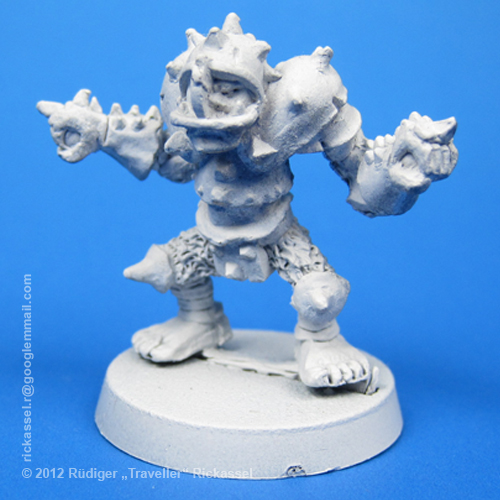 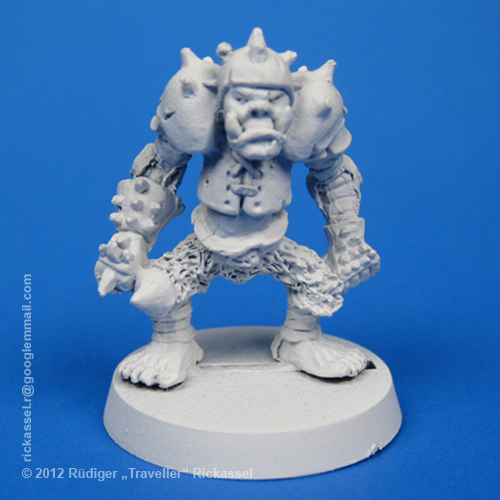 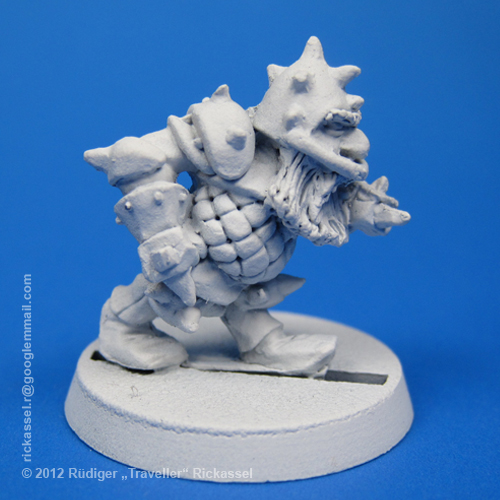 The 1st Edition of Blood Bowl, developed by Jervis Johnson, was released by Games Workshop 1987.

The first „miniature pieces“ of the teams were just two-dimensional cutboard pieces, included into the gamebox. But also the same year Games Workshop released the first metal miniatures for the 1st Edition.

In comparison to the whole teams later with different miniatures per single race, the miniatures of the 1st Editon are just single miniatures and no full teams for a race. They were called „Attackers“ or „Defenders“. Designed by Aly Morrison and Jes Goodwin.

The 1.Edition Ogre is the only BigGuy of this edition and the first BigGuy at all. Designed by Aly & Trish Morrison and Jes Goodwin. 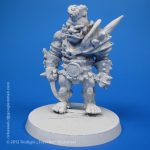 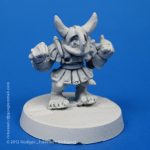 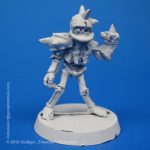 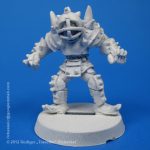 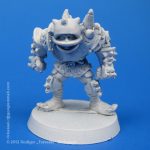 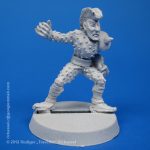 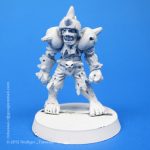 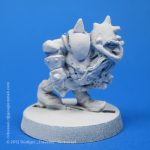 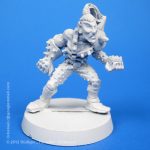 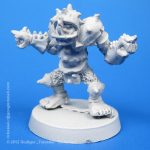 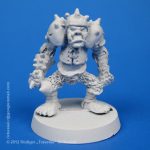 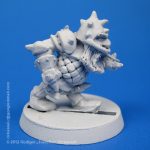