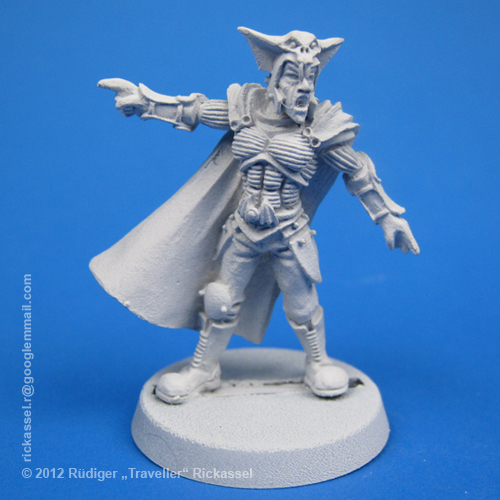 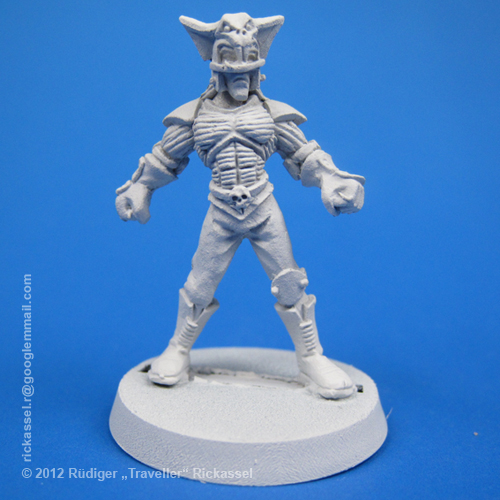 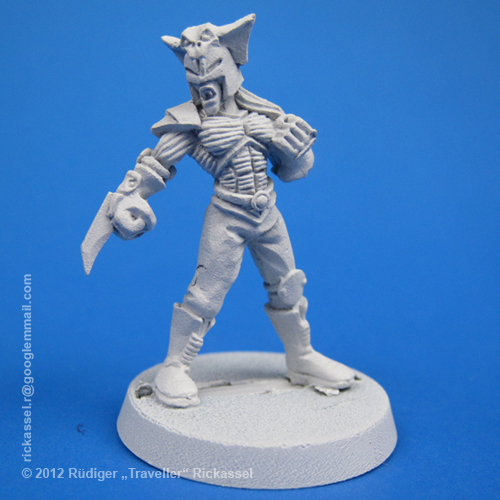 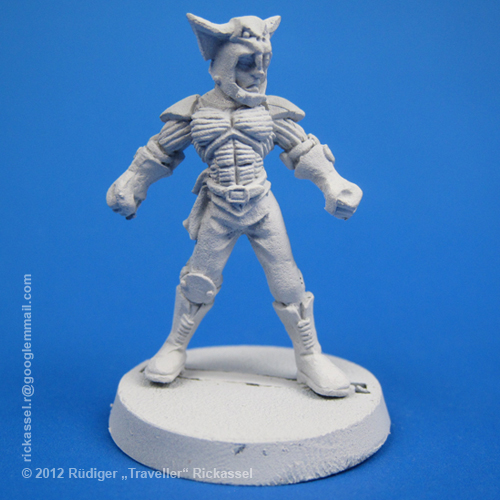 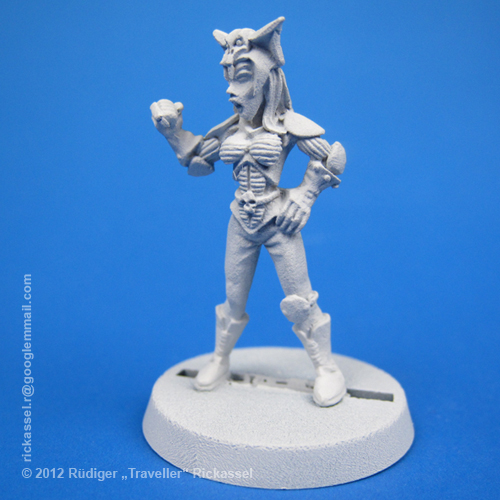 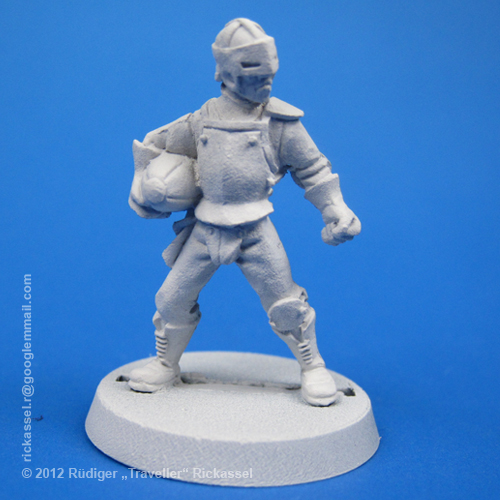 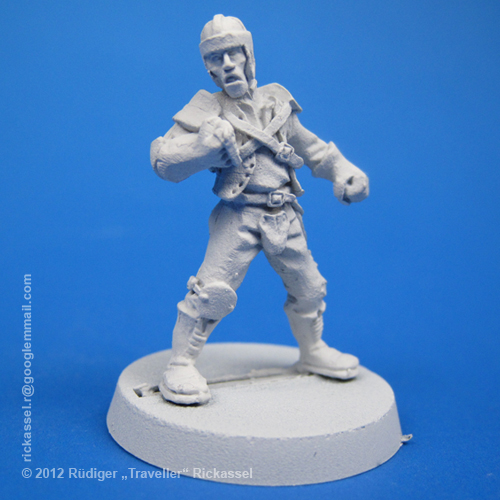 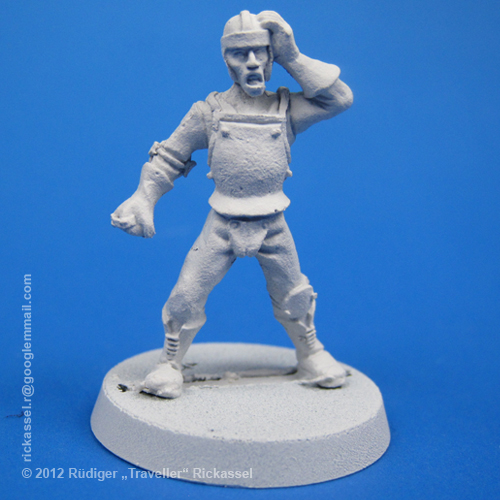 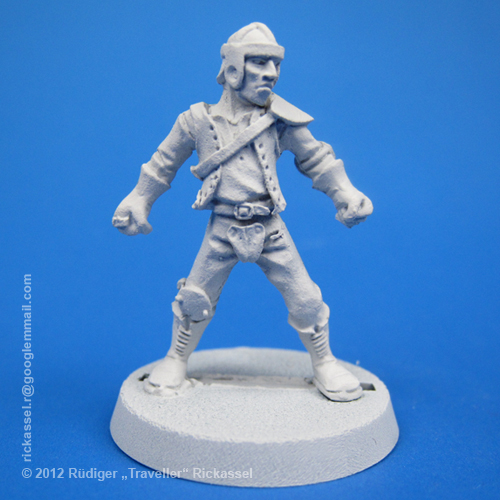 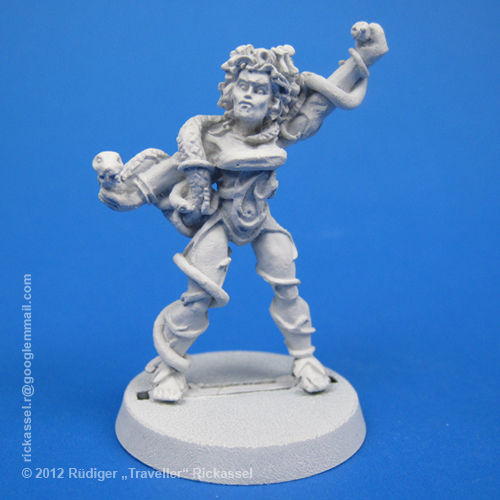 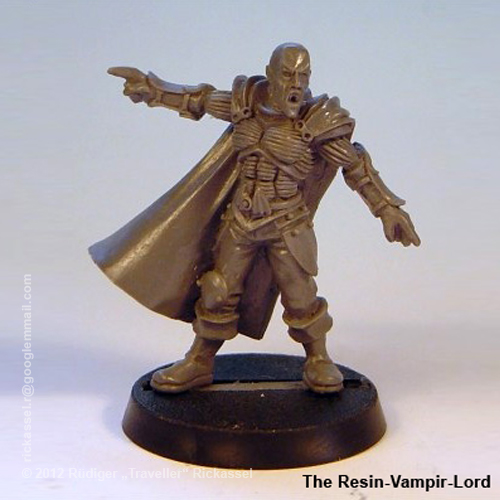 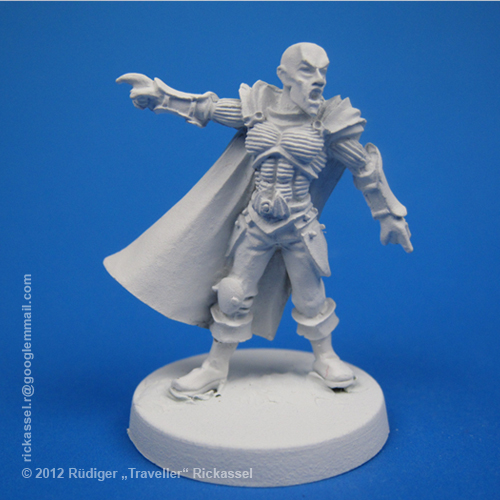 BTW… At GW Onlinestore the Vampire #3 was not included in the team box. This miniature was only to find in some of the booster packs.

The alternate Vampire lord was cast just one time in Resin, but never produced. Thanks to Steve Buddle and Fanatics for the permission to show a picture of this resin miniature here.

Steve Buddle wrote me this text: „This alternate Vampire Lord is the original version made by Steve Buddle when he sculpted the Vampire Team. Fanatic decided they wanted a helmet on him and that he should have more ‚footbally‘ boots. As Steve was rather pleased with the original, Fanatic (very kindly) cast this one for him before the changes were made. Only one of this figure was ever cast and the original sculpture was changed into the final Vamp Lord. So, interesting curio or the rarest Blood Bowl figure of all time? Probably the former but here it is for your viewing pleasure.“

UPDATE: The original Vampire Lord is not more so rare! In the year 2009 at last 200 of this miniature were cast by Impact miniatures called „Dorian-The-Lost“ as Chaos Cup miniature. Now a OOP miniature, too!(2016)

UPDATE: For one week only, some classic teams and some old starplayers returned to Blood Bowl thanks to a „Made To Order“ action. In 2017 it was possible to order this vampire team from Games Workshop Online store for a week as metal casts.
A second time this team was available again for a short time via Made to Order between 26th June and 4th July 2021. 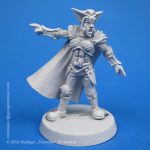 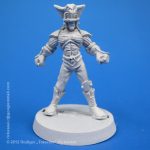 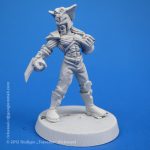 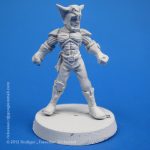 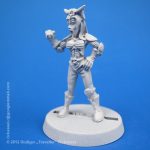 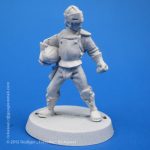 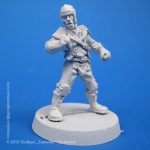 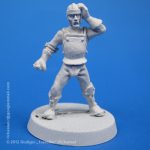 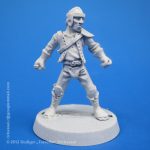 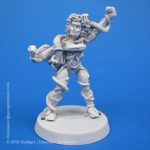 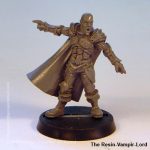 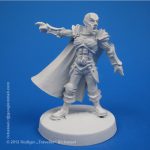