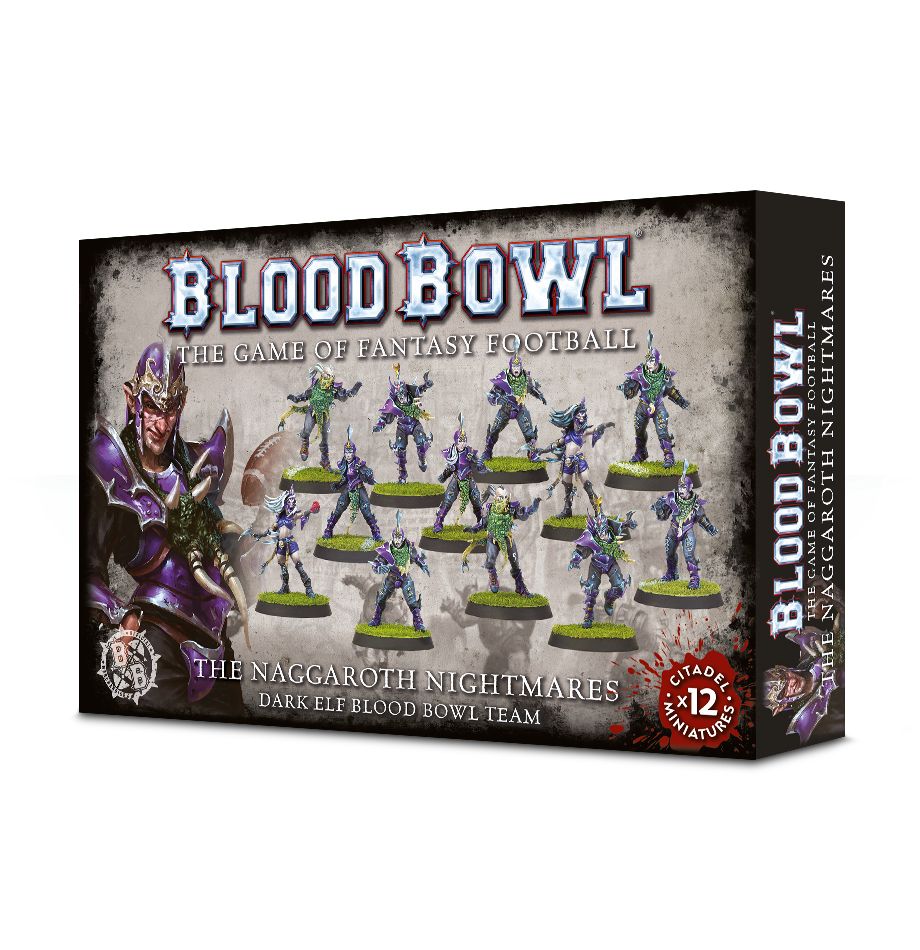 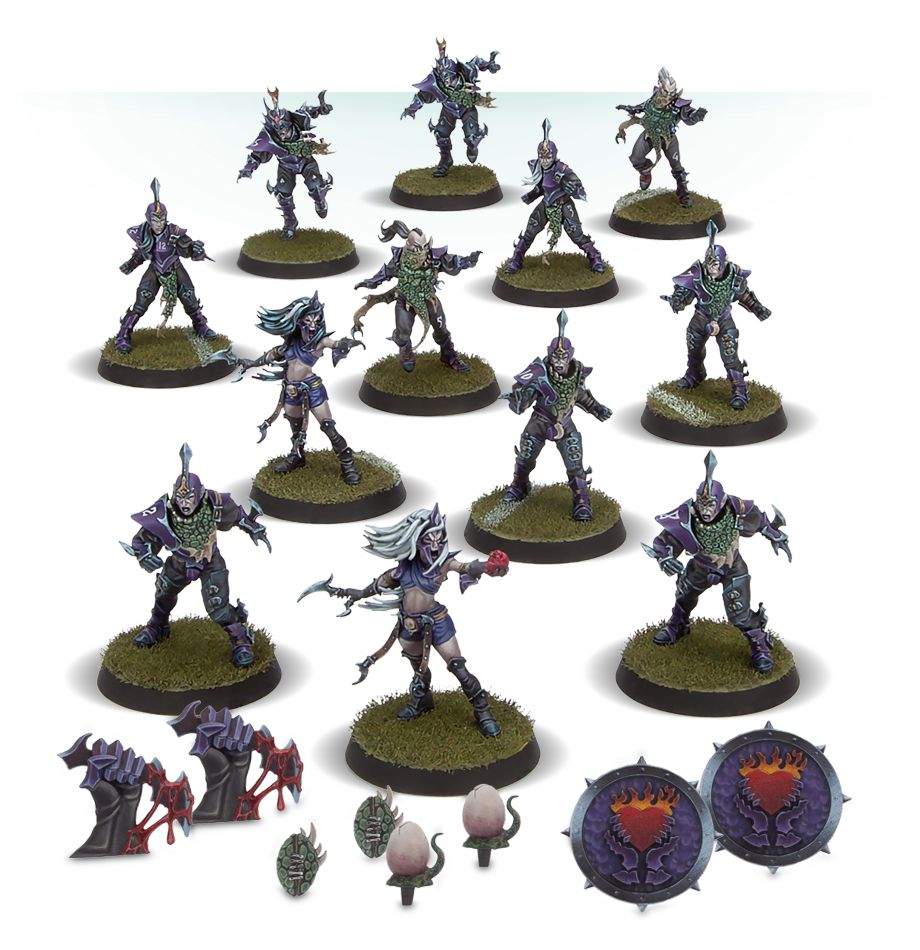 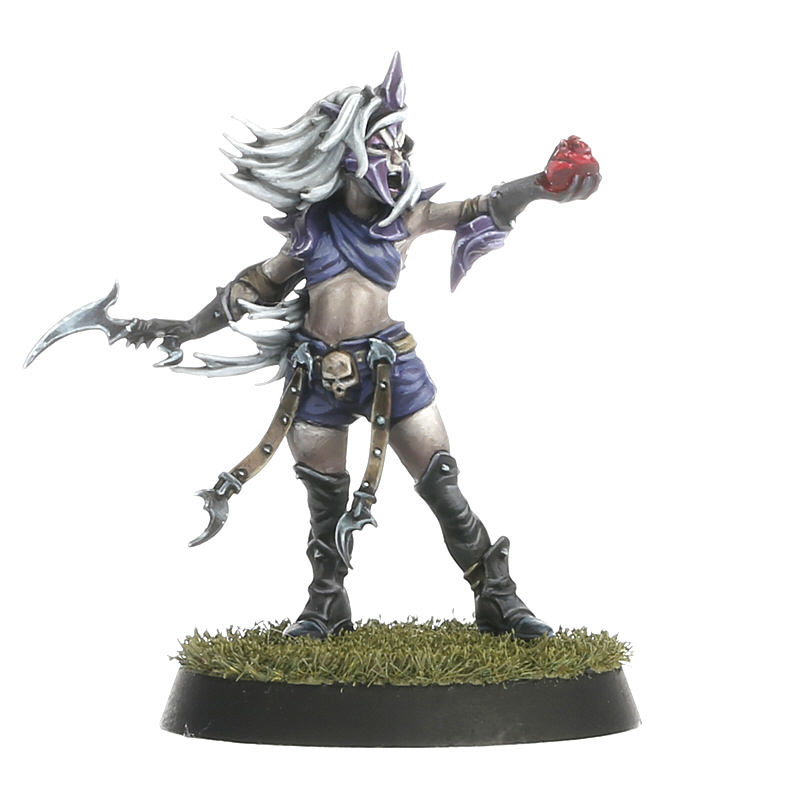 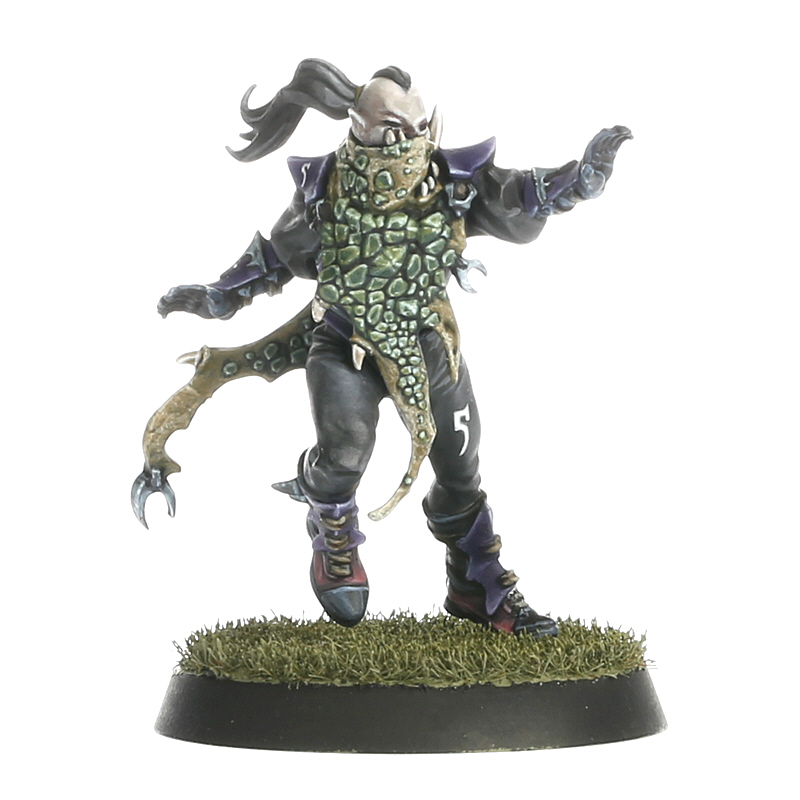 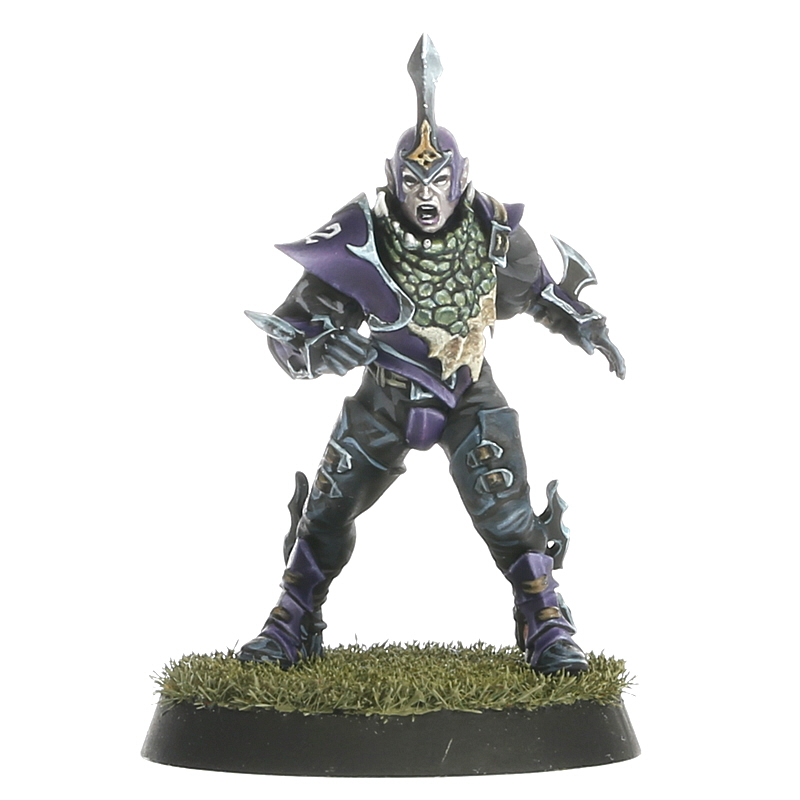 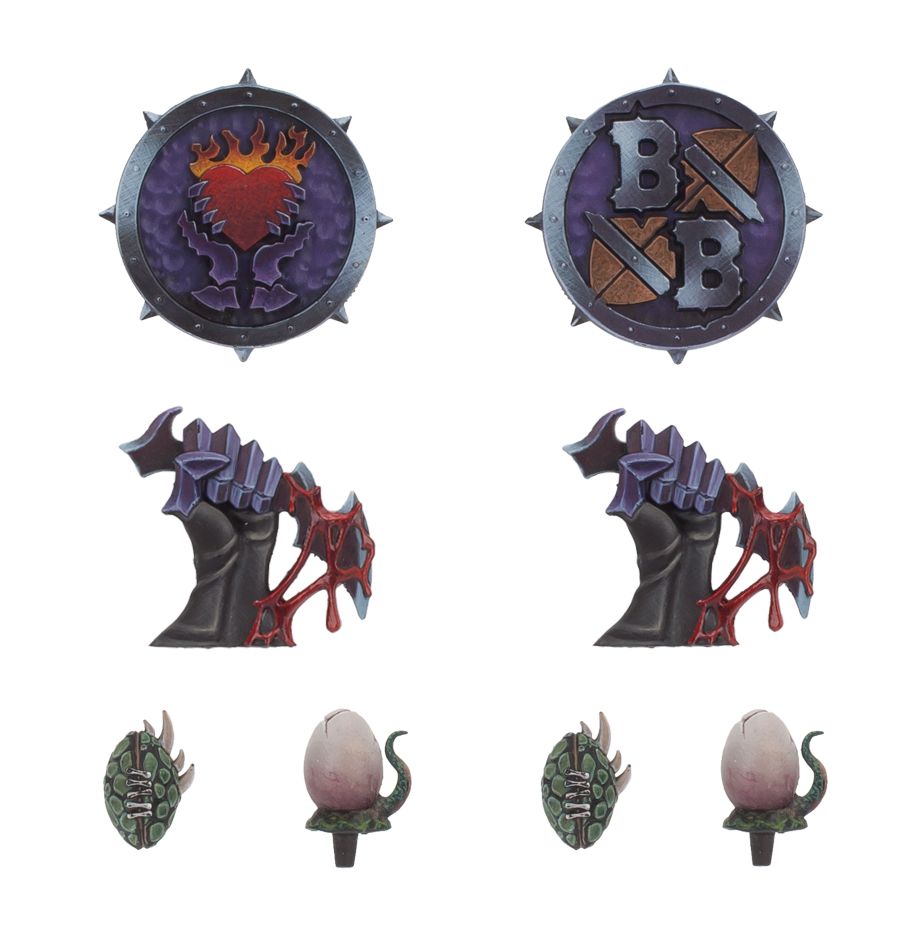 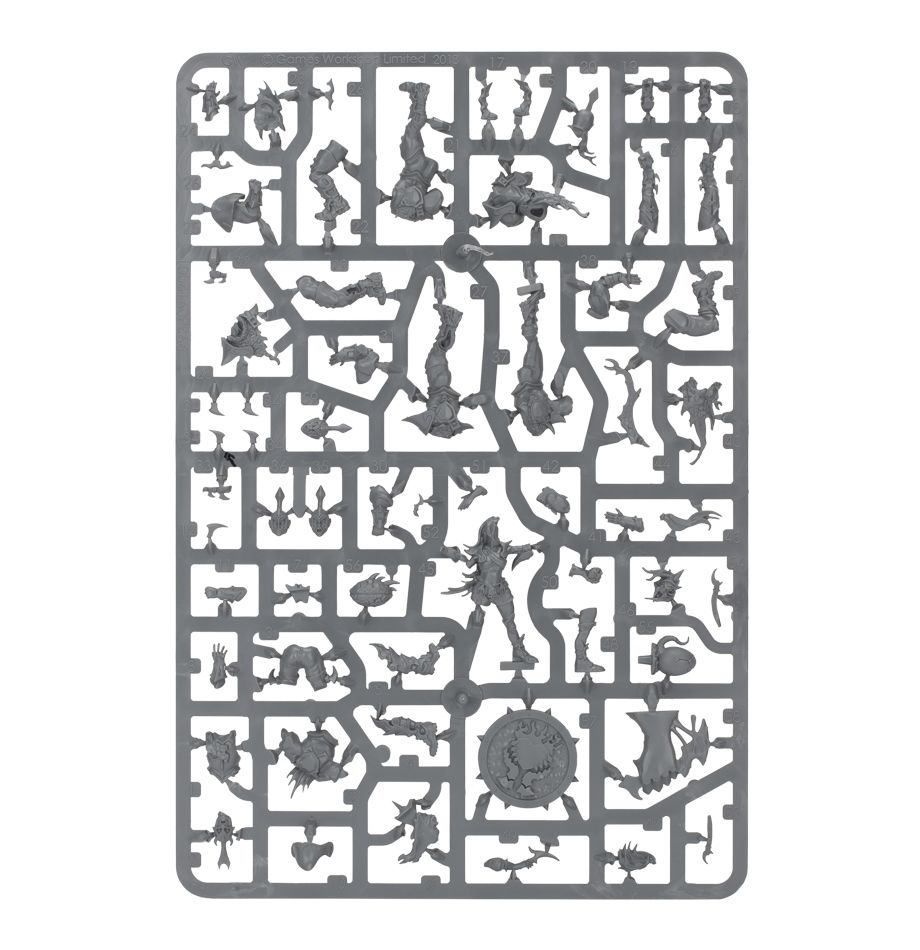 The Naggaroth Nightmares, founded after the collapse of the NAF, include many players previously played for the disbanded Naggaroth Nightwings who fell into receivership when the head coach took flight with the team treasury. Despite their status as a new team then, they have an influx of incredible talent, and are already proving themselves to be nightmares for their opponents…

This multi-part plastic kit contains the components necessary to assemble a Dark Elf Blood Bowl team. The team consists of 6 Linemen, 2 Blitzers, 2 Runners and 2 Witch Elves . The Witch Elves are …slightly less armoured, and can be modelled either with hands pointing imperiously toward their opponents – or clutching a still-beating heart. The Linemen have 3 different designs of head.
There are some extras in the kit – 2 turn markers, 2 double-sided score coins featuring a Dark Elves icon and 4 balls – 2 kraken eggs (with protruding tentacles) and 2 balls made from the hide of a Cold One, lacking pegs. 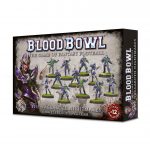 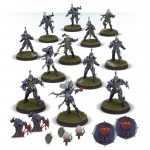 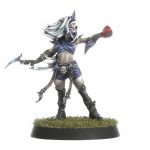 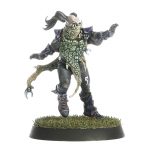 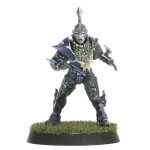 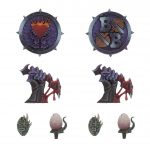 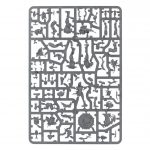