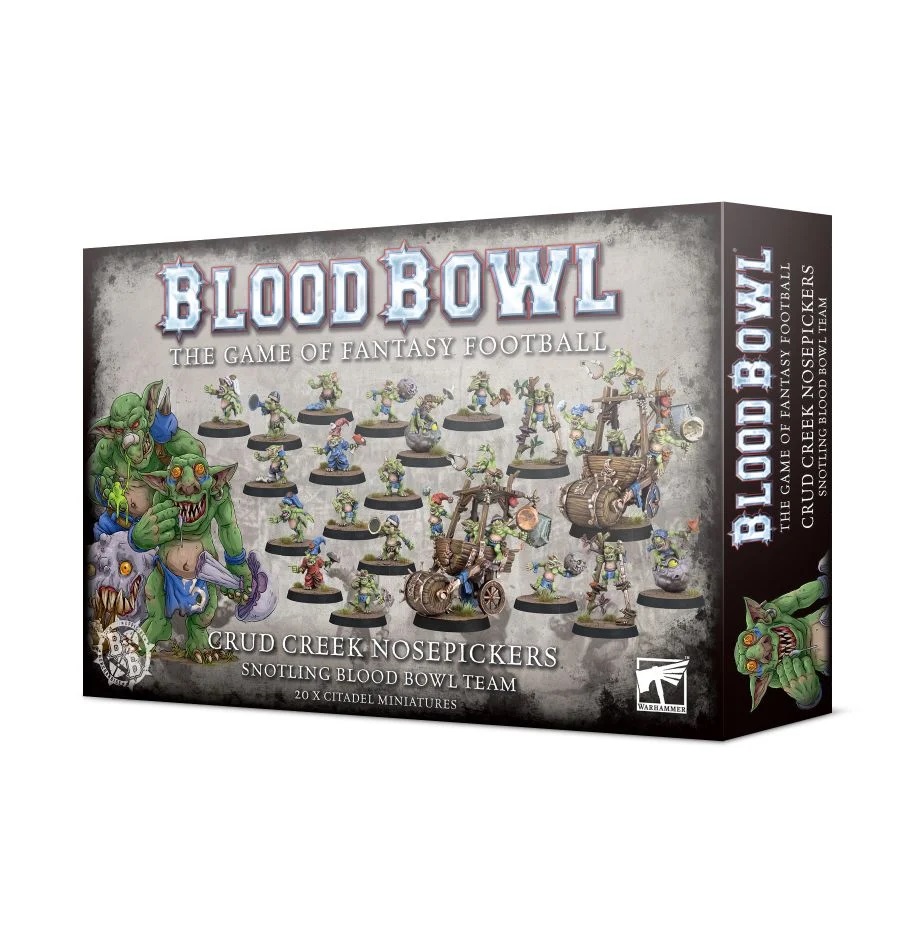 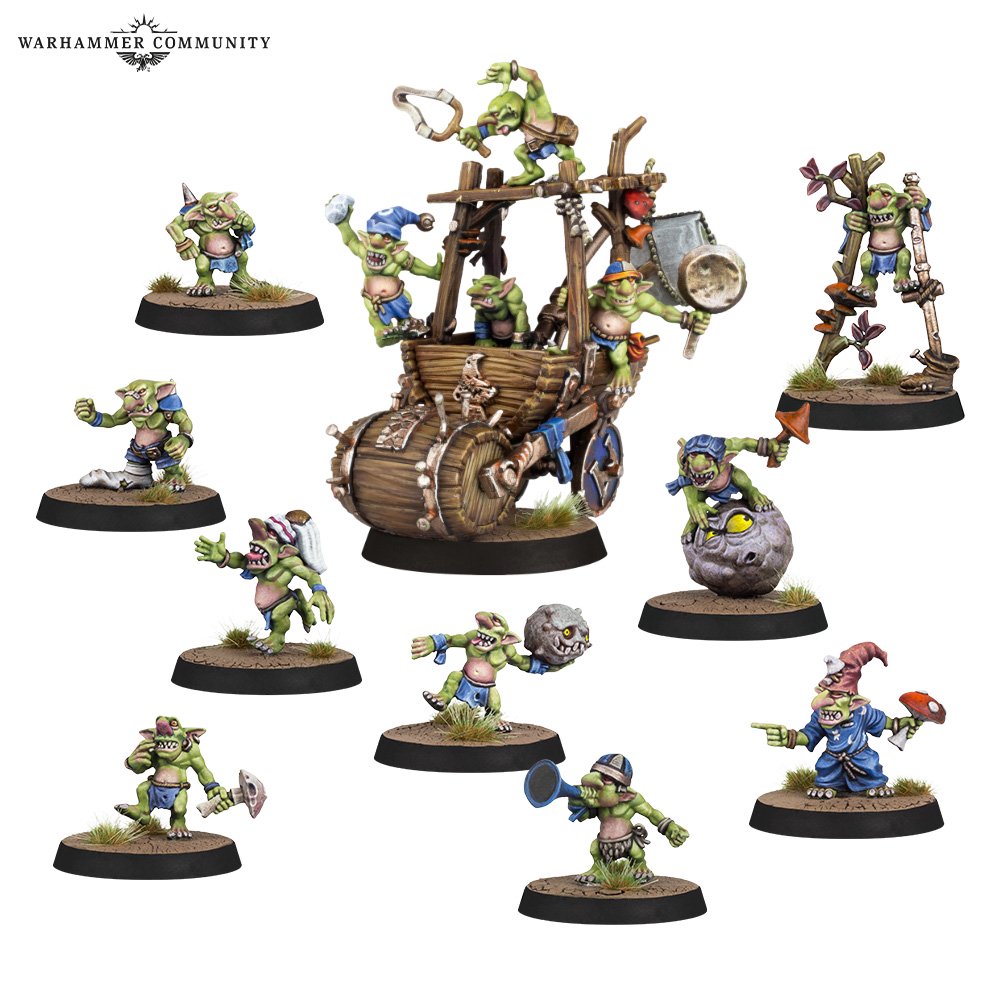 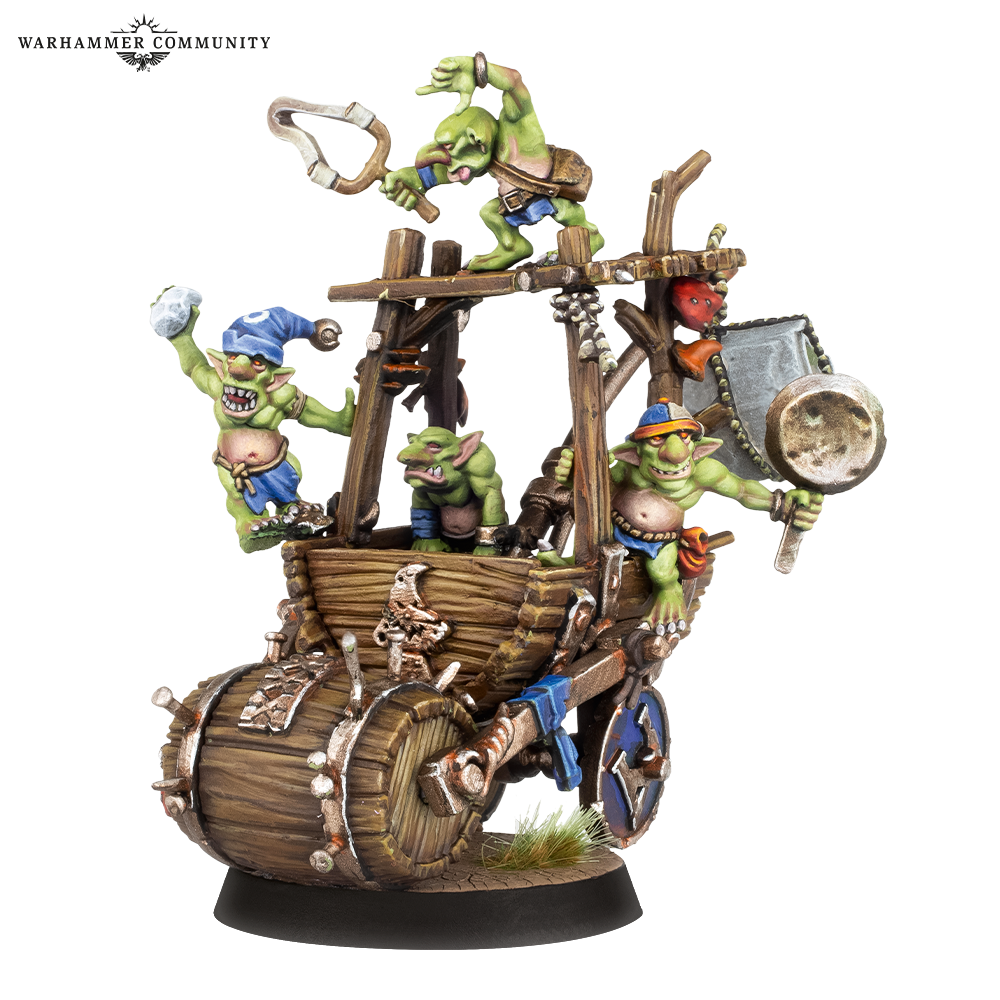 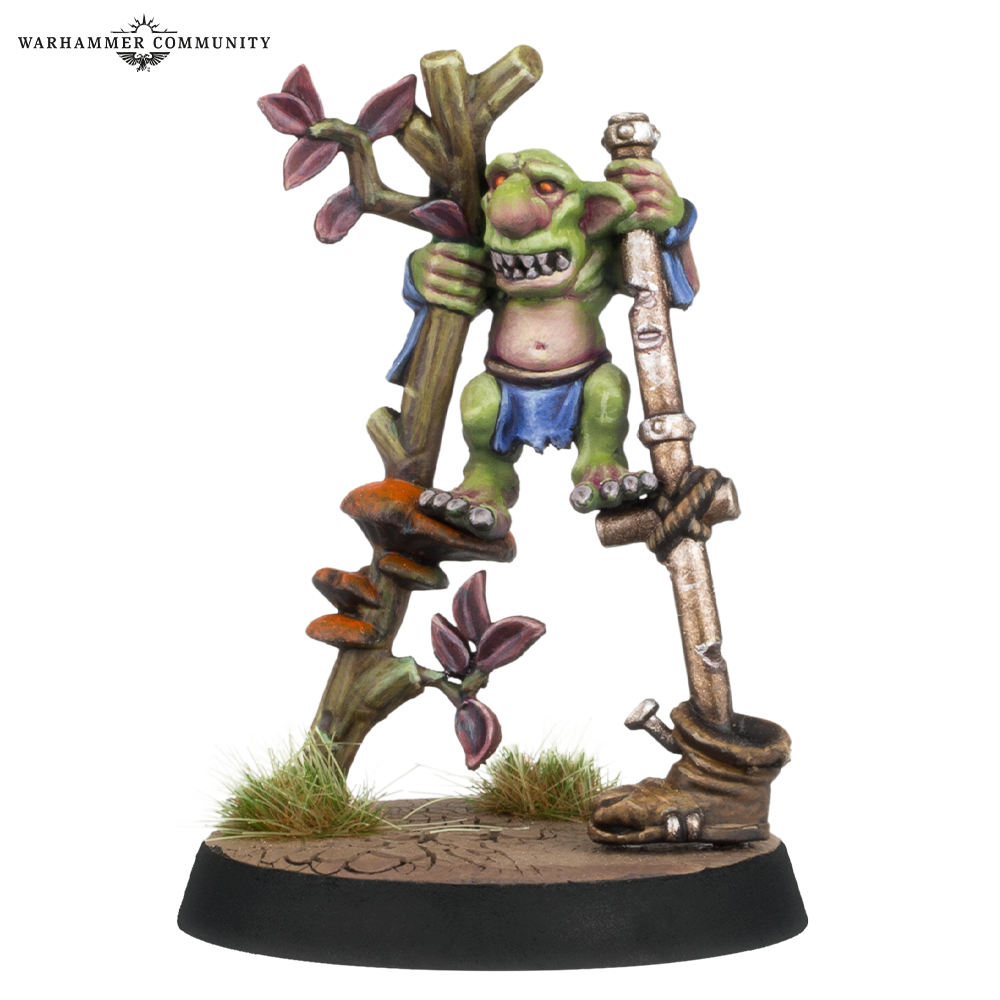 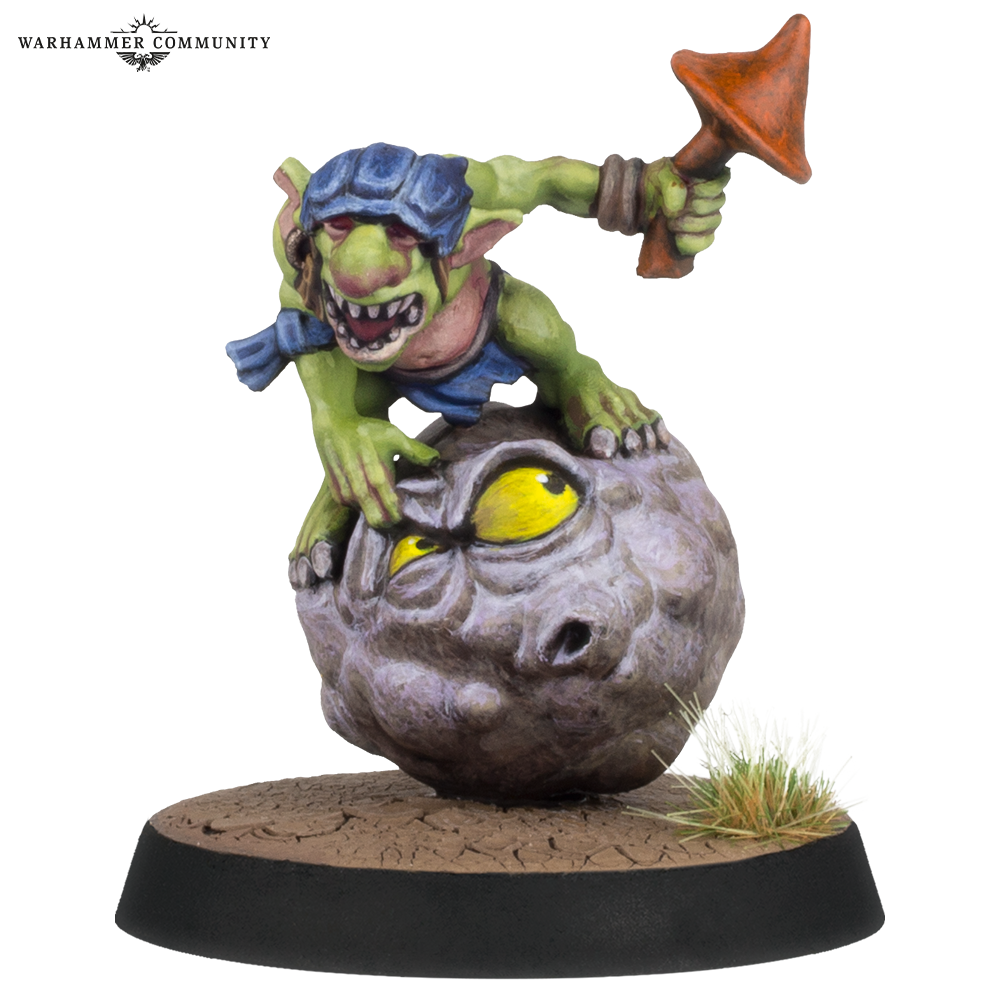 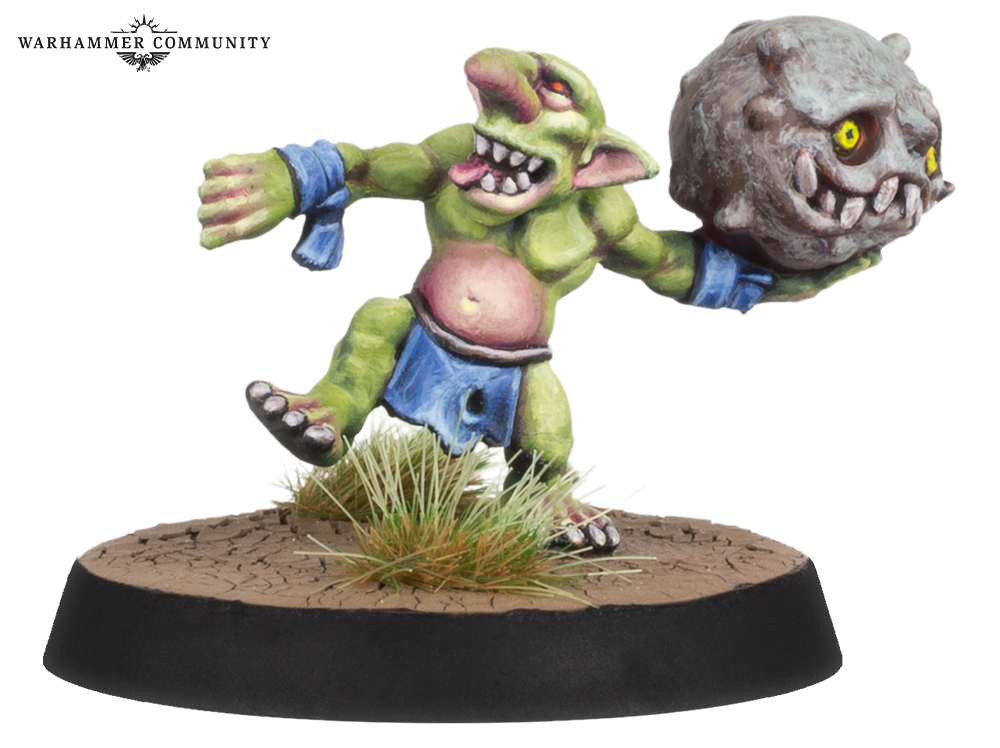 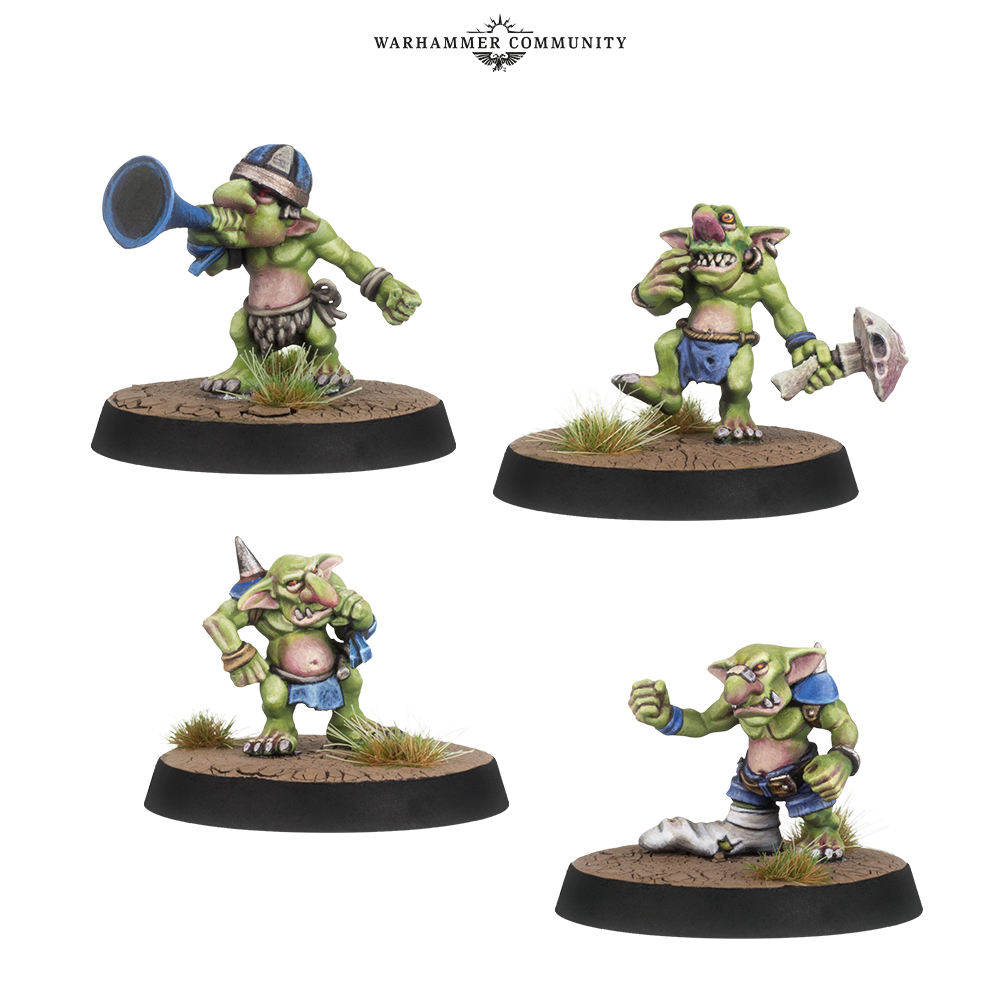 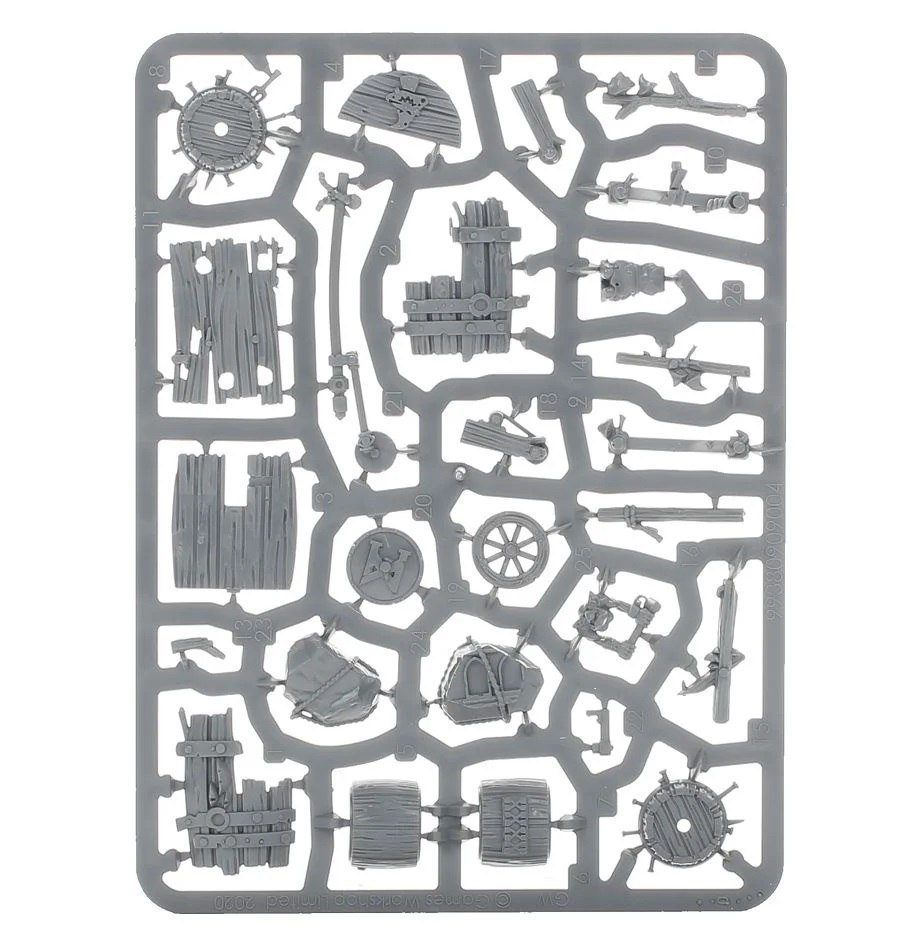 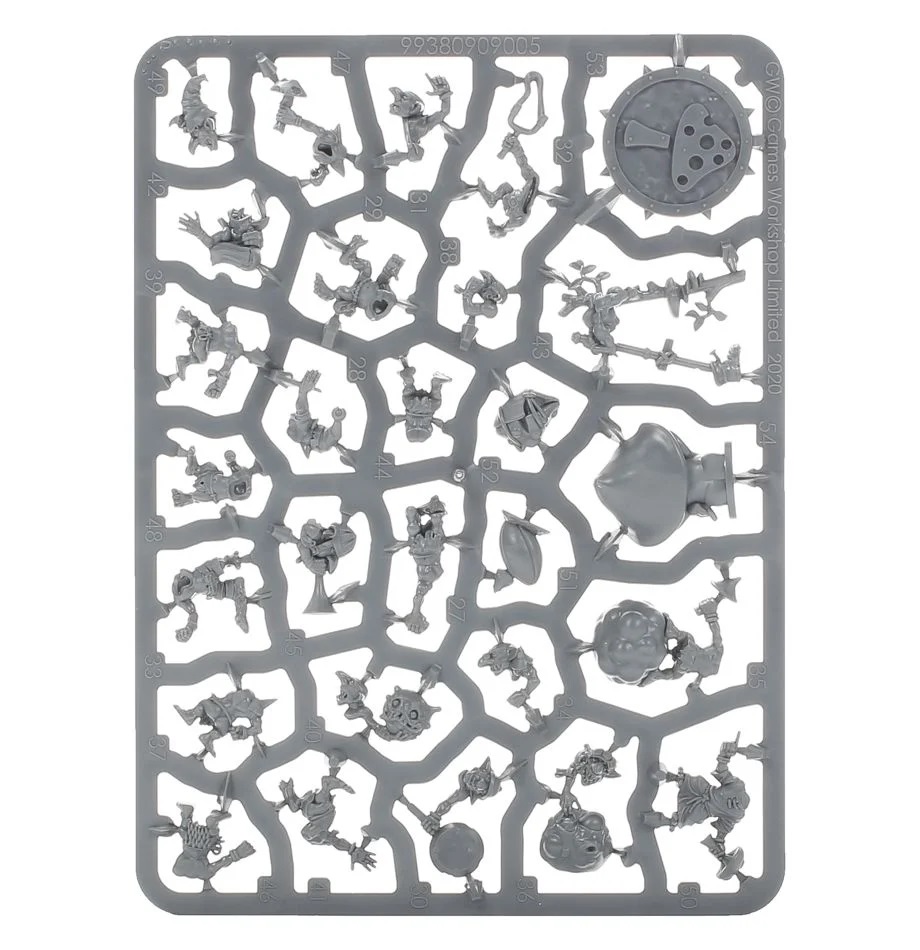 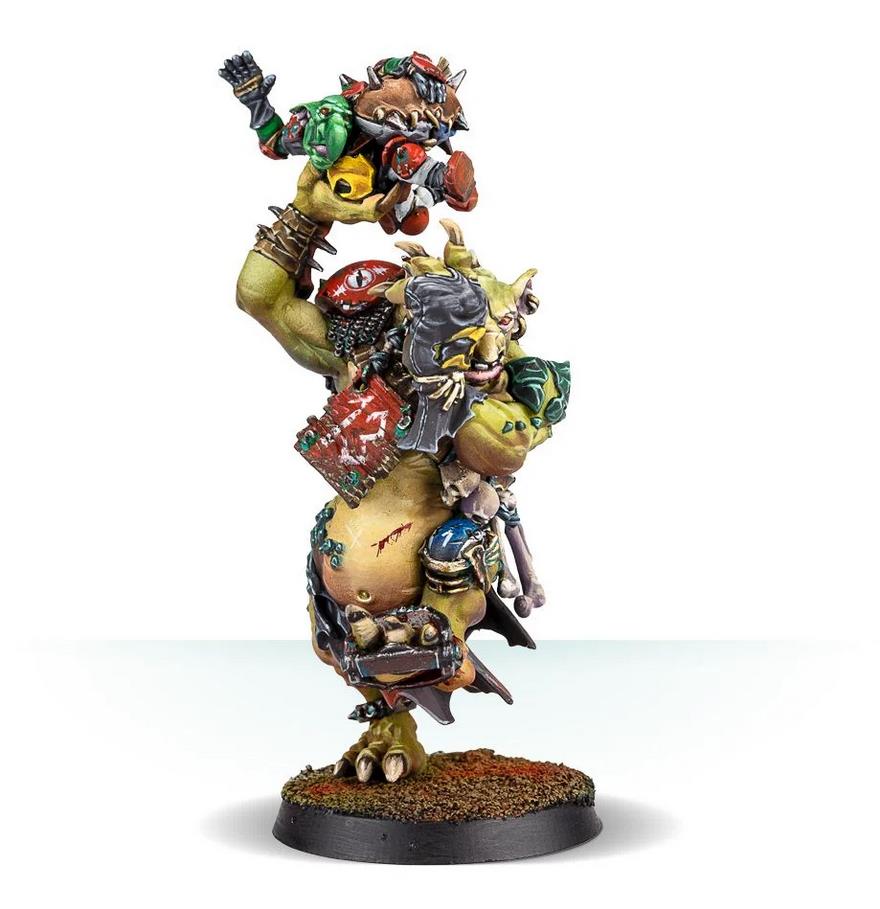 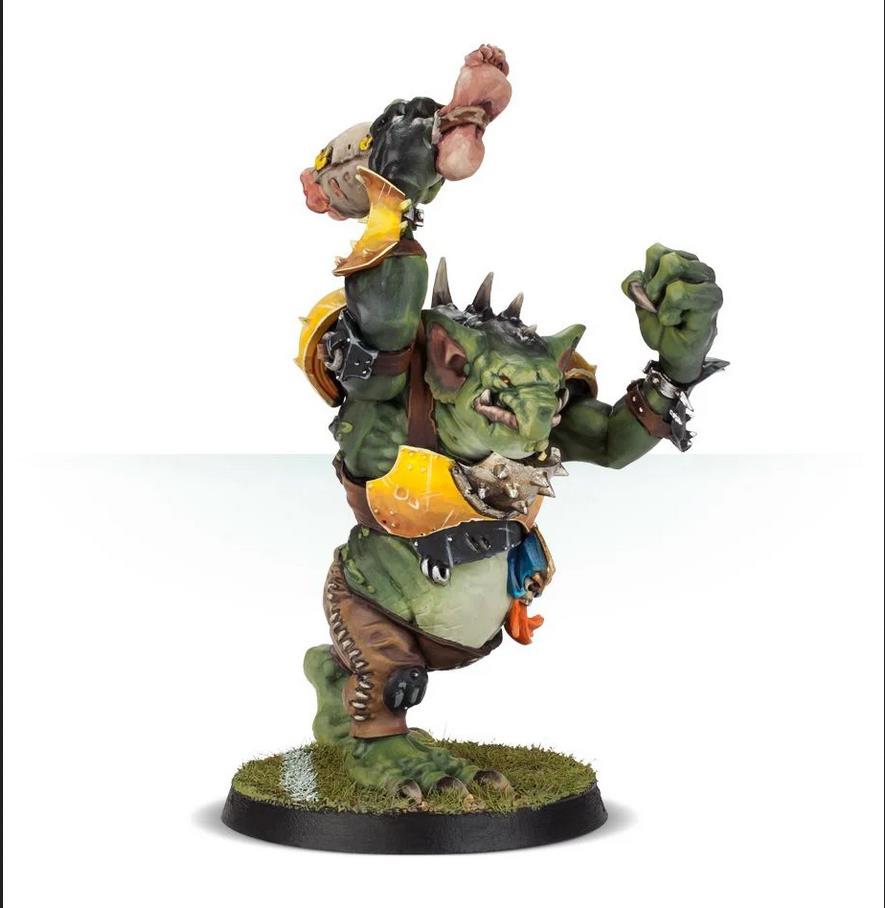 The mainstay of the team are the Snotlings themselves. Are they any good? Not really, but they have the advantage of being really small, nimble and – you guessed it – totally expendable! One thing’s for certain, whether they’re carrying their favourite mushroom mascot with them or simply trying to look tough, the Snotlings all look absolutely adorable.

These Fungus Flingas carry a secret stash of specially cultivated mushrooms, which they hurl at the opposing team. These improvised bombs burst upon impact with a ferocious blast of spores, sending players sprawling and sometimes even the odd limb flying!

Bouncing along atop spongy, spherical shrooms, Fun-Hoppas are among the fastest and most agile of the Snotling players (not that that’s saying much!). With a well-timed ‘boing’, they can soar gracefully over the heads and grasping hands of opposing players and, provided they can control the landing, make a break for the end zone.

How can a diminutive creature like a Snotling run faster? Why, by strapping some tree branches or bits of wood to its legs as improvised stilts, of course! Stilty Runnas may not be able to outsprint a Wardancer, but the fact that a Stilty Runna can even come close is impressive enough!

What’s more intimidating than a Snotling-powered Pump Wagon that’s capable of smashing through the line of scrimmage with ease? Not much, it’s fair to say, but how about TWO PUMP WAGONS?! That’s right, they may come with the risk of being (not-so-)Secret Weapons, but the ability to field two of these powerful contraptions in a single down can be a real game-changer.

That’s right, Snotling teams can also include Trolls. These hulking brutes offer the team some krumping power up front as well as the threat of throwing a ball-carrying Snotling towards the end zone for a potential one-turn touchdown. (The trolls shown here are of 6th ed!) 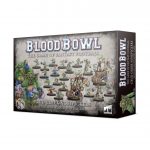 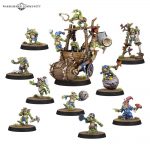 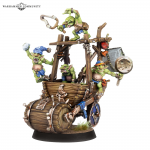 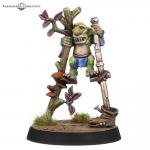 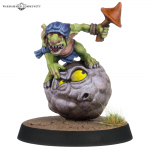 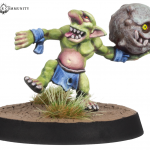 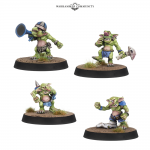 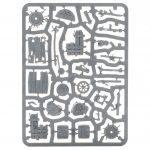 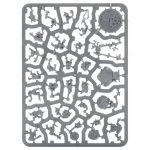 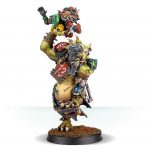 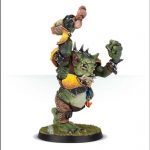