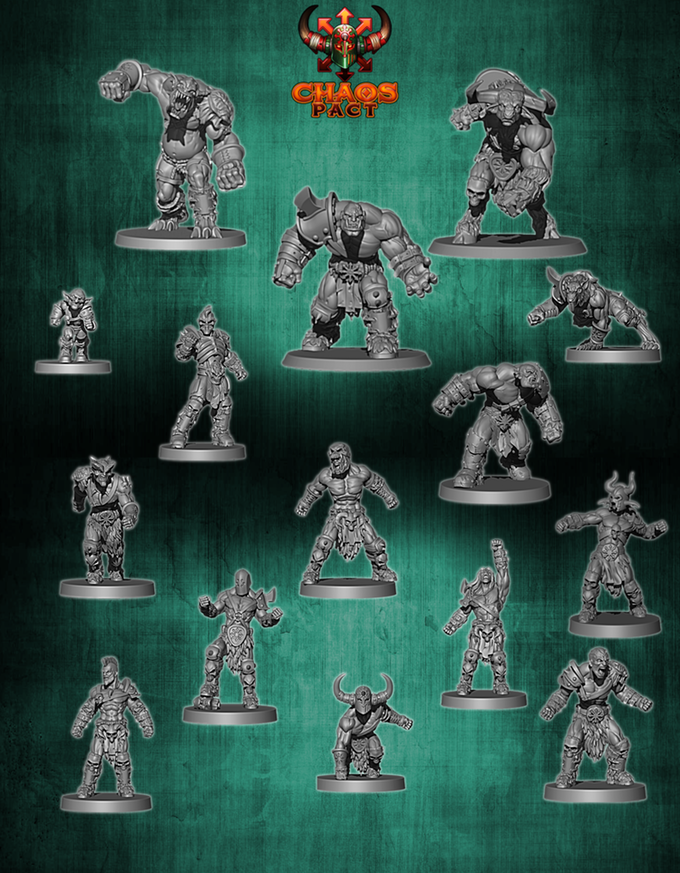 A Chaos Pact Team.. From the realm of Chaos comes this bunch of renegades, blessed by the dark gods of Chaos to bring destruction to the fields of Fantasy Football.

Sculpted by GT Studio Creations, the 3D modelling studio of Fausto Gutiérrez and Pedro Gutiérrez, and released after a kickstarter in 2017. There were a lot of nice additional miniatures not shown here. 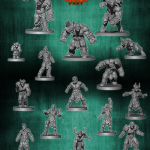